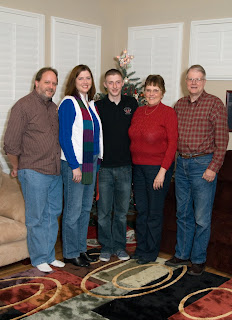 A year of new beginnings...

took on new airline customers from around the world.

began a new role on his team at work.

is learning about a new camera lens.

is starting a new ministry focused on prayer/reflection.

joined the steering team for North Texas Youth For Christ to Urban Ft. Worth.

is helping her parents settle into their new home in Texas.

is sixteen and driving himself around town. Yeah! (with an occasional Yikes moment)

is playing the bass guitar in a new youth praise band at church.

is a working man now, ten hours a week at Schlotzsky's Deli.

joined the Air Force ROTC at his High School.

We sincerely wish you a very Merry Christmas and a joyful New Year!